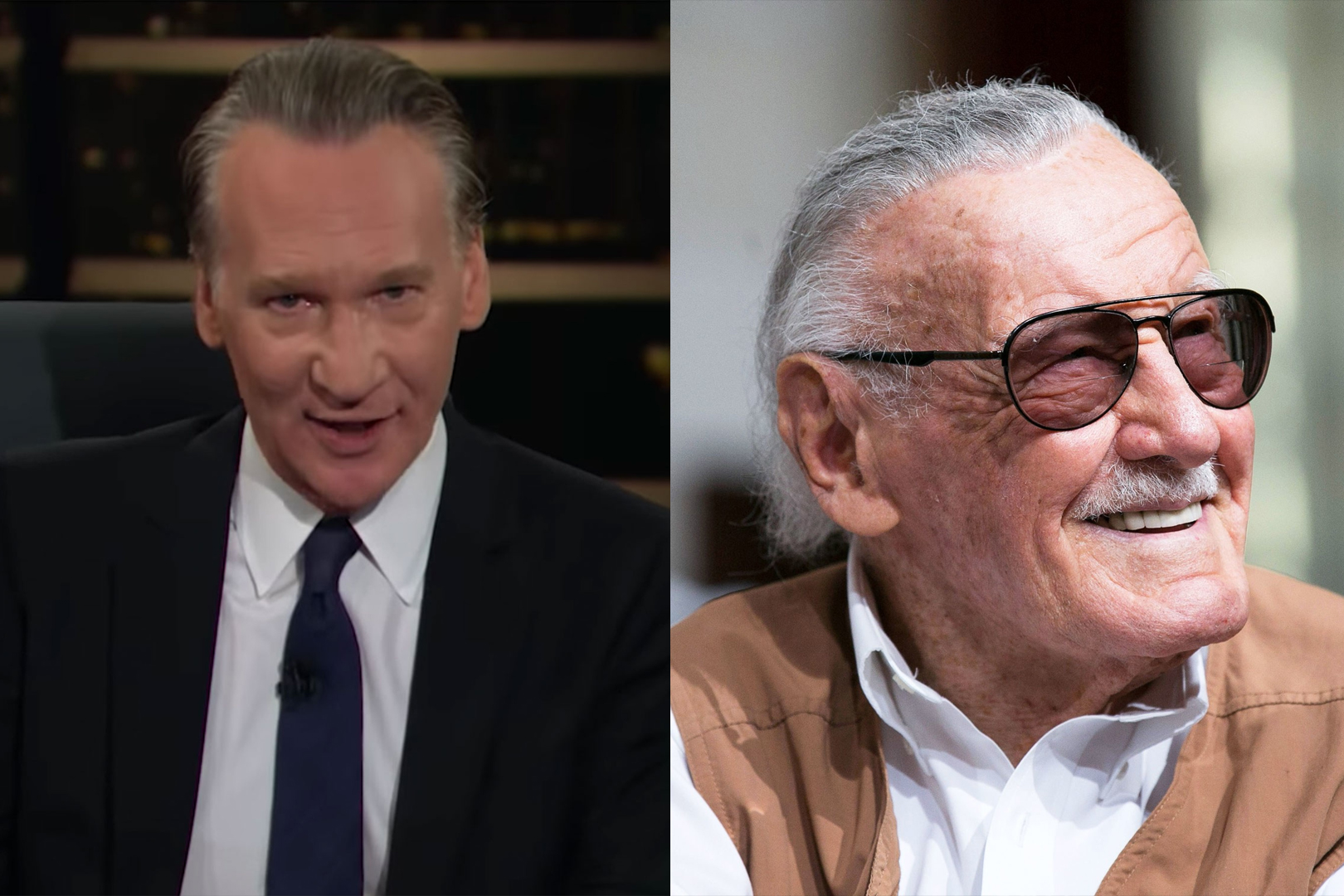 When Marvel Comics creative force and nerd-culture icon Stan Lee passed away in November of 2018, Bill Maher marked the occasion with a snarky dismissal of Lee’s cultural relevance, suggesting that the popularity of comic book movies and the election of Donald Trump to the presidency are both signs of the dumbing down of American culture. Needless to say, comic book nerds lost their shit.

If tarring and feathering were still in fashion, there would have been a mass chicken-plucking at the next ComicCon. It doesn’t appear that the nerdy apoplexy had any effect on Maher, however, not causing him to reassess his opinion of comic books or Stan Lee, but really, who cares?

If I have the timelines down correctly, by his own admission Maher might have been coked out of his mind just when Frank Miller’s The Dark Knight Returns was published, and people began to notice that it was possible to tell relevant and meaningful stories via the medium of drawings and speech bubbles, so the cultural rehabilitation of comic books may have simply passed him by. Maher’s milieu is politics, so he may not have been paying attention when the National Endowment for the Arts awarded Stan Lee the National Medal of the Arts in 2008. For the same reason, he could have easily missed when critics compared 2014’s Captain America: Winter Soldier favorably to classic 1970s thrillers like 3 Days of the Condor, or when critics were putting 2017’s Logan on a plane with classics like Shane and Clint Eastwood’s Unforgiven.

To be fair, Bill Maher came of age at a time when reading comics too avidly was still a form of social leprosy, and bullying such outcasts was considered good, clean, wholesome American fun. Maher doesn’t come off as the kind of guy who enjoyed shoving the heads of nerds and other losers into a toilet bowl, but he might have been one of the kids who thought it was hilarious when someone else did it.

It’s hard to tell, because Maher does seem to cultivate the comic persona of an elitist douchebag, so when he comes off as a bit of a dick, it’s not clear if that’s the real Bill Maher talking.

Ultimately, it doesn’t really matter what people like Bill Maher think or have to say about Stan Lee, comic books, or superhero movies. Black Panther managed to gobble up $1.4 billion at the worldwide box office, even with Bill Maher around, while Avengers: Infinity War inhaled another two billion. These films aren’t going anywhere, so everyone can relax.

Maher can shit-talk Stan Lee all he wants, but it doesn’t change the likelihood that, generations from now, there will be multiple books about the life, accomplishments, and legacy of Stan Lee, and some of these will be required reading for university-level classes. There may even be some books where Bill Maher is, you know, mentioned.

Minnesota Representative Ilhan Omar, one of two Muslim women elected to Congress in the Blue Wave of 2018, is feeling...