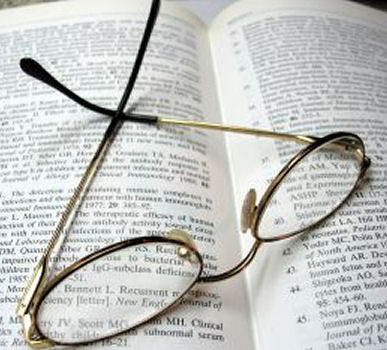 As I said in an earlier post, the arrival of my Kindle truly reawakened my passion for reading. The ease of finding, purchasing, carrying around a new book whenever I wanted, all without requiring me to find a new space on my already crowded shelves, has turned me back into the reader I used to be. But that doesn’t hold a candle to what it did for my mother.

She was constantly reading as long as I can remember. A visit from my sister, Maureen, would usually involve the exchange of multiple books before they parted. But Mom is now 85. Her knees and back aren’t what they used to be. Spending hours browsing the shelves of her local Borders was no longer in the cards for her, even before Borders went to that Big Bankruptcy Court in the Sky. Some time last year, she was actually reaching the point where the stack of books next to her favorite chair was down to its last volume. At that time her knee was really bothering her, so the idea of going to Barnes and Noble really didn’t appeal to her. Then her youngest son came over with his new purchase, the latest (at the time) Amazon Kindle.

As an aside, no one is less technologically inclined than my mother. She could easily figure out the gadgets we all take for granted, but she can’t be bothered to give a rat’s ass. Mom still balances her checkbook with a printing calculator, because she always has and that works just fine. Why would she fix what ain’t broken? She’d also much rather order from catalogs than use the Internet. Thus, up until this point, she had barely taken notice of the existence of Kindles and NOOKs. They couldn’t be as good as a “real” book, could they?

Then I knelt down, handed my new toy over, and showed Mom how it worked, how easy it was to order a book, how much cheaper Kindle books often were compared to the print editions, and most important, how you could make the words bigger, making life much easier for her 85-year-old eyes. Before I left that day, we had logged into Dad’s Amazon account and ordered a Kindle for her.

When it came two days later, the words “like a duck to water” were never more apt. If Amazon’s Kindle operations have been more profitable since May of 2011, Mom can probably take credit for that. She has devoured ebooks like a competitive eater with a plate of hot dogs. I mentioned that I had sampled Sue Grafton’s A is for Alibi, and the next thing I knew, she has re-read the entire series.

So when I read Meghan Laslocky’s heartwarming article on Huffington Post, “How eBooks Saved My Father’s Reading,” I was instantly reminded of my mother’s experience. I agree with her. Book snobs who look down their noses at e-readers fail to appreciate the way they make accessible to many lifelong readers who, due to advancing years, aren’t able to pursue their passions without this technological assist.

An Interview with Timothy Kurek

A chat with the author of "The Cross in the Closet."