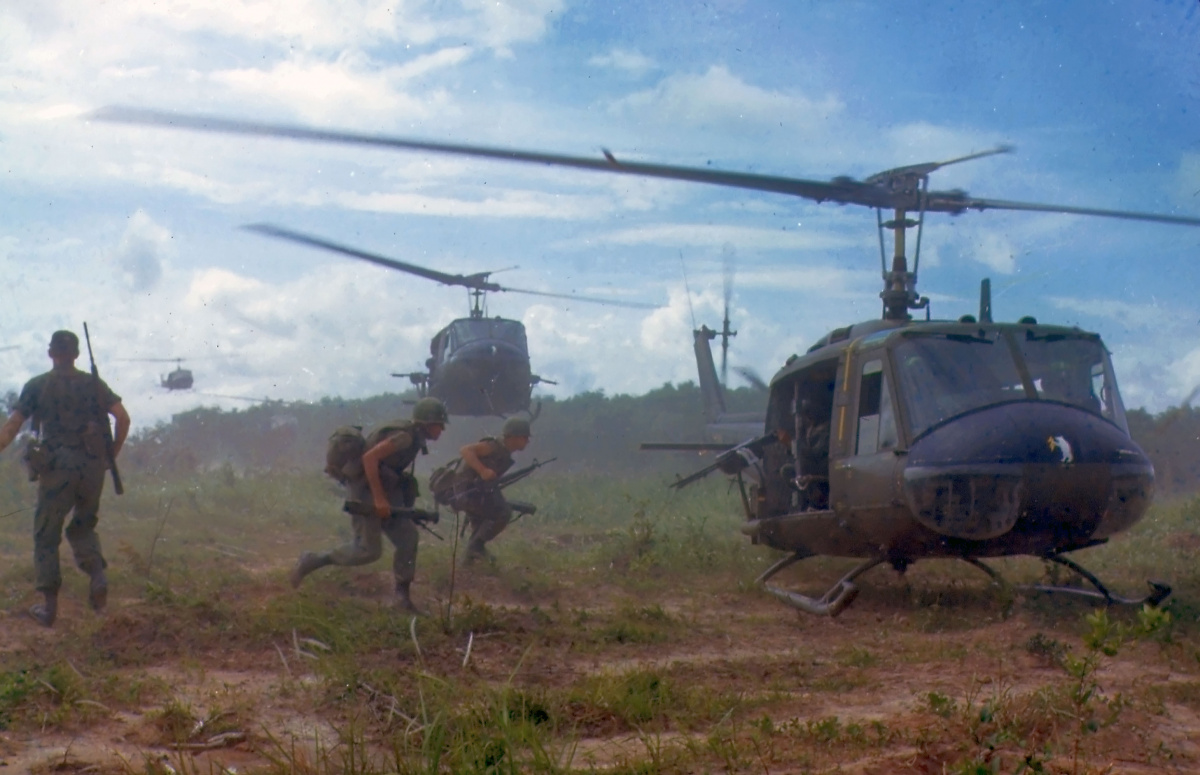 There are two problems with Katzenbach’s arguments. First, while it’s true that the president would not have time to secure a declaration of war while Soviet ballistic missiles were inbound, that seems more like a convincing argument against nuclear weapons rather than a rationalization for dismissing the constitutional power of the Legislative Branch. Secondly, his argument was completely irrelevant given that Vietnam was a conventional conflict.

One good thing came out of Katzenbach’s arrogant comments on that day. Senator Eugene McCarthy was so appalled that it convinced him to run against his own party’s president in the 1968 primaries. Although he wasn’t successful, in that he lost, McCarthy’s candidacy helped to spark the anti-war movement within the Democratic Party.

While Katzenbach was wrong on many levels, his statements about presidential and congressional war powers proved to be prescient. As I write this, President Trump has ordered multiple strikes against Syrian government targets, allegedly with the approval of the 2001 authorization to use military force against “terrorism” that Congress granted to President Bush after the attacks of 9/11. Just dwell on that. The president is depending on the authority given to not the previous president, but the one before that, 17 years ago, to attack terrorist groups as his basis for attacking government forces of a sovereign nation.

Even when prodded by President Obama to specifically vote to authorize his administration’s military action in Syria, the Congress meekly demurred, preferring to shirk their responsibilities if it kept blood off their hands, all while yielding almost monarchical war powers to the Executive Branch. This state of affairs would have horrified the Founding Fathers, especially the Jeffersonian Democrats.

Unfortunately, the Founding Fathers are at least partially responsible for the current debacle, as is the current reality of war in the twentieth and twenty-first centuries.

That wasn’t supposed to be a big deal, because in Article One, the Constitution grants to Congress the sole power to declare war, which they thought would be enough to keep the President from using the military at his or her whim.

The Founding Fathers failed to anticipate several changes over the next two hundred and forty years, not the least of which being the existence of a permanent standing military and a near-permanent war economy. They also failed to predict the rise of non-state actors as combatants and the decreasing relevance of the declaration of war itself.

I believe that the last time one sovereign nation declared war on another was when the Soviet Union declared war on Imperial Japan in the waning days of World War II. Even when Roosevelt made his famous December 8 speech after the attack on Pearl Harbor, the declaration of war was becoming an anachronism, a legalistic and euro-centric vestige of a time when people tried to pretend that war was a civilized activity for proper gentlemen.

Since the end of World War II, humankind has rediscovered what Genghis Khan probably understood quite well: wars happen when people start killing each other in sufficiently large numbers, no declaration required. I would guess that, after FDR asked Congress to declare that a state of war existed between the United States and Japan, the Japanese thought, “No shit. What do you think all that bombing was about yesterday?”

My remedy is drastic enough to require a major amendment to the Constitution, rewriting both Article One and Article Two to restore the proper balance of war powers between the Legislative and Executive Branches.

The first change would be to explicitly and specifically define the differences in the war powers between a peacetime president and a wartime commander-in-chief, establishing a bright line between the two and making it clear that crossing that line without the consent of Congress is an impeachable offense.

Congress would be the only party with the constitutional authority to grant the president wartime powers over the military. Such a Congressional declaration could only be made in response to a specific request from the President, who would have to clearly define the enemy, the location, and the goal of the military action. Drifting outside those parameters without the further approval of Congress should also be an impeachable offense.

Also, upon the election of a new Congress, if a grant of Presidential wartime powers is in effect, the first responsibility of the new Congress would be to vote to reaffirm or remove those powers. The Congress would be constitutionally barred from taking up any other business until they discharged this duty. If the President lost his or her wartime powers, he or she would have six months to extricate United States forces from combat.

Requiring the continual reauthorization of Presidential war powers would give real meaning to the election of an anti-war Congress or President. If the United States found itself embroiled in an unpopular war, this would give the people, as in “We the People,” the power to force an end to the war.

If the government of a republic cannot govern without the consent of the people, then it shouldn’t be able to make war without their consent, either.

One Reply to “The Power to Make War”

Why I am not a libertarian

I would love to be a libertarian, if only they weren't wrong.