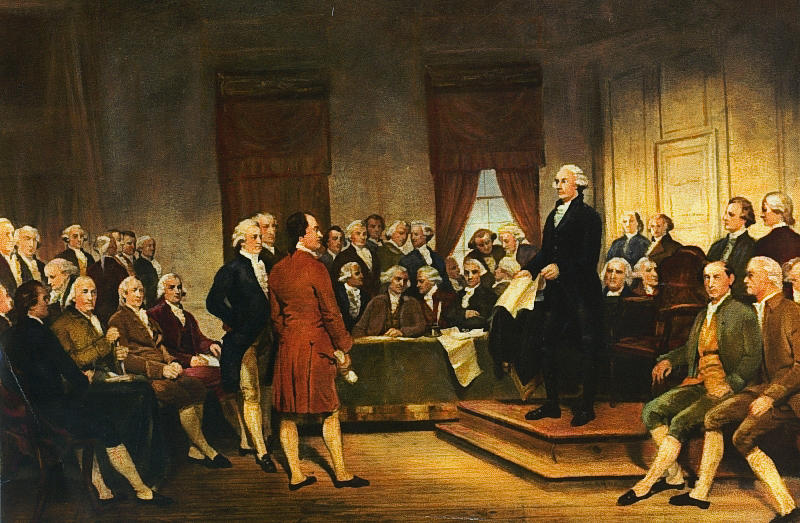 Libertarianism sure sounds great in principle, and as a purely philosophical position, the idea that in all situations, personal liberty should be the first priority, there is a lot to praise about it. As a political governing principle, however, I found it lacking in the power to address real-world problems.

Let’s be clear; when I say libertarian, I don’t mean “libertarian only when it’s convenient,” like you get with Rand Paul. And I don’t mean “Republicans who have an unread copy of Atlas Shrugged on their bookshelves and call themselves libertarian because it makes them sound cooler on college campuses,” like soon-to-be-former House Speaker Paul Ryan.

I also don’t mean libertarianism as simply the polar opposite of authoritarianism on the political spectrum. American libertarianism, in this case, is a specific point of view born in a very specific reading of the United States Constitution.

When you can pin libertarians down on policy specifics, they often sound very much in tune with the progressive left. They oppose the drug war, support cannabis legalization, and support a non-interventionist foreign policy (which does make Rand Paul’s vote to confirm war hawk Mike Pompeo as Secretary of State especially troubling for those who want to label him as a libertarian).

Sincere libertarians would also, like left-wing progressives, be horrified by the surveillance-state abuses of the NSA exposed by Edward Snowden. Libertarians, and I mean real ones and not Republicans wolves in the clothes of libertarian sheep, are generally against subsidies and other forms of corporate welfare, another issue aligning them more with Bernie-crat progressives than Republicans.

When you stray too far from these real-world specifics, however, I find that libertarians seem to fall back on the vague claim that “less government equals more freedom.”

Now, back when Albert Einstein told us that energy equaled mass times the speed of light squared, we insisted that he show his work, and present a proof of his equation. Without similar documentation, “less government equals more freedom” seems more like a faith-based assertion than an empirically-based calculation.

First, even if freedom were a resource that could be reliably quantified, the unavoidable fact is that government is not the only limiting factor on personal freedom. There is another, completely natural check on our liberties: other people. The number of noses in the room has an inversely proportional effect on our fist-swinging freedoms. And, equally importantly, the size of the population affects the complexity of the relationships between all the people. All those moving parts suggest that government acts as a necessary lubricant to all of those moving parts, keeping them from grinding together too violently.

It’s not unreasonable to suggest that a post-industrial nation of more than 300 million people would require substantially more “lubricant” than an agrarian nation of around 12 million. Trying to restrain our twenty-first-century government to an eighteenth-century framework is not a viable approach, in my opinion.

Certainly, the powers to spy on its people without warrants, to wage war without restraint or oversight, to detain without trial, to torture, are all bad in any quantity. The power to regulate the dumping of chemicals or the safety of the workplace can be overdone, just like any power, but when applied judiciously, it only takes away the freedom to be reckless with the well-being of other people. Experience, not theory, has shown that the freedom to work without unnecessary danger and the freedom to simply have clean drinking water are freedoms that exist because of and not in spite of the government’s active role.

I find that most, if not all, of the more specific “less government equals more freedom” positions are wanting for logic when examined at more than a superficial level.

Libertarians, for example, frequently advocate for the abolition of public schools, believing that private schools will be better than government schools because they’re not run by the government, which makes their position more of a faith-based tautology than a practical policy. I’ve never heard a libertarian explain how the United States would transition to a place where a private school education was available for every child and how every family could afford to send their children to one, at least not without a government subsidy of some kind. They’re just certain it would be better. Somehow.

On this issue, libertarians try to pretend the rest of the world doesn’t exist and that other western democracies aren’t doing just fine with government-run school systems. The Finnish school system is generally regarded to be one the best of the world, and rather than starve their schools for funds, the Finns spend generously on education, paying their teachers far better than we do, and they have the results to show for it.

Not surprisingly, libertarians also oppose any form of a national health system, like the single-payer system proposed many times in this country. I laid out my reasons for supporting such a system, how it’s actually good for a free-market economy, in my post about being both a capitalist and a socialist but let me address my objection to a specific libertarian’s point-of-view on the subject.

It’s always dodgy to present one libertarian’s opinion as representative of libertarianism as a whole because often no one disagrees more violently with a libertarian than another libertarian. I won’t mention this fellow by name (although you can see his picture plastered many stories tall on the side of a hotel in Las Vegas), but he makes the point that medical services such as cosmetic surgery and Lasik aren’t covered by insurance and operate according to free-market supply and demand, and the prices for these services keep going down. Also, veterinarians are not covered by any form of insurance and their prices are much more stable and reasonable.

This particular libertarian commits the logical error of taking things that are superficially similar and treating them as if they are identical.

Veterinarians are very different from your family doctor, and not just due to the very obvious difference in the patients. If the family dog is feeling poorly and the vet says old Rex has about a year left, but it’ll cost about $50,000 to keep him alive and comfortable that long, then you take Rex down to the dog park to chase the birds once more before it’s Old Yeller time. If it’s your child or your spouse who needs expensive treatment to stay alive, not only do you not have the option of putting them down, but you will spend every dime you have, plus many that you don’t, in order to save their lives.

As I also asked in my previous post, can a nation really call itself humane if people’s survival rate from illness is based on their ability to pay?

This same libertarian offered another objection to the concept of public libraries which illustrated the vast gulf between the libertarian view of government (the negative image of personal freedom) and the progressive one (the agency by which a society acts to address problems that can’t be tackled individually or won’t be addressed by the free market). He posed the question as to whether one would be willing to use violence to build a library. This view equates the use of public funds with the government using its monopoly on force to confiscate the property of private citizens, rather than a democratically-elected government, acting with the consent of the governed, using the wealth created by the free market to build something that mutually benefits everyone, regardless of socio-economic class.

I guess I lack the libertarian faith that somehow the free market will undertake to create things for the good of everyone when there is no profit motive in sight.

Why am I not a libertarian? Because I don’t think that overly simplistic platitudes like “less government equals more freedom” are acceptable excuses for us, as a country, not to pursue real-world solutions to real-world problems.

One acronym has been starting fights between nerds for decades.