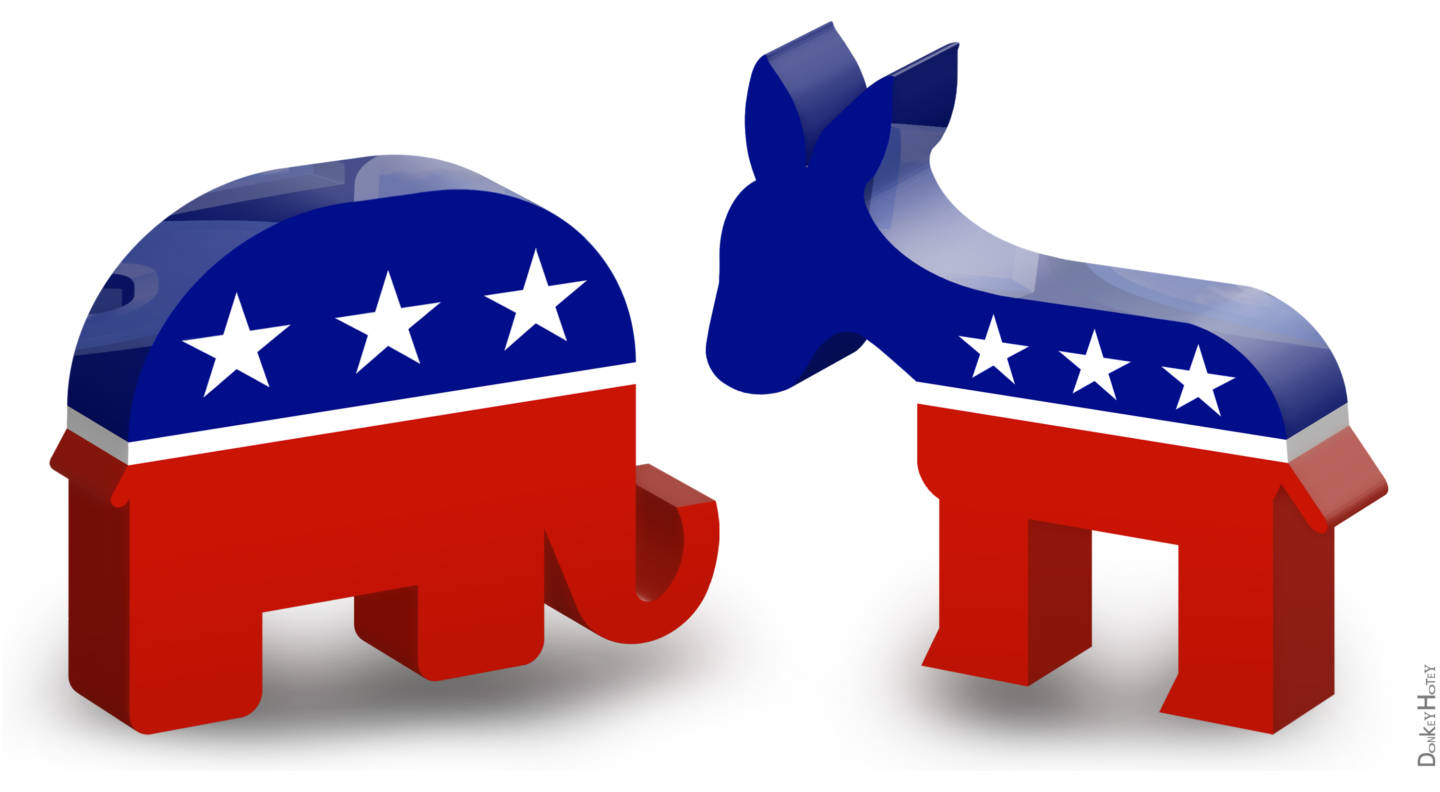 Truly viable third parties are the Bigfoot and Loch Ness Monster of American politics. Lots of people believe in them, but there’s no empirical evidence that they exist.

To be clear, third parties do exist in the United States. We have the Green Party, the Libertarian Party, and the Peace and Freedom Party, but support for these parties never exceed single digits and sometimes falls within the statistical margin of error. Panicky Democrats ran around in 2016 telling disgruntled Bernie-crats that a vote for Green Party candidate Jill Stein was effectively a vote for Donald Trump. This made Stein supporters understandably angry and they vehemently denied this, but the only reason it seemed like the Greens were right was that, at barely 1%, Stein’s support was statistically insignificant and shouldn’t have nudged the election results in either direction.

Unfortunately, and it pains me to concede this, thanks to the vagaries of the Electoral College the Democrats were technically right, but since Jill Stein voters were statistically insignificant compared to the 2012 Obama voters who voted for Trump in 2016, Clinton’s failure to keep those voters in the fold was by far the most decisive factor.

There is an uninformed article of faith in the fringes of American politics that all we need to do is break the voters of their habit of voting for the major parties, and a third party will rise. A more conspiratorial view suggests that the oligarchs of the donor class keep their fingers on the scales to prevent minor parties from gaining traction. Both assumptions are incorrect.

It’s probably true that the political and economic elites prefer things the way they are, but the reality is that they need not lift a finger to preserve the status quo in this regard. Our archaic, creaky election system does all the work for them.

There are two fundamental reasons why third parties never gain traction in the United States and why this state of affairs is unlikely to change without deliberate actions to make it happen.

First, the United States does the third-party thing completely ass-backward, turning to them during Presidential election years when the two major parties nominate candidates that fail to give the voters a political erection. We then mostly ignore the minor parties in the interim, leaving them literally starved for attention.

This is backward because third parties or minority parties are a phenomenon of the legislative branch or the parliament, which is where they can actually do some real good. The national leaders will most likely always come from one of two major parties, but viable minority parties can do a lot to keep the major parties, and their leadership, honest.

If we can imagine that minority parties are a viable thing in the United States and had statistically significant representation in the House of Representatives, then let us also imagine a situation where the Democrats outnumber the Republicans but they lack enough seats to form a majority. Together with the Green Party and perhaps a Democratic Socialist Party, however, they would have enough seats, which would give the minority parties cards to play. They could use those cards to give the Democrats a backbone when it came to single-payer healthcare, student debt relief, and real Wall Street reform.

Conversely, if the Republicans needed the Libertarians to form a majority, the minority party could use that leverage to weaken the surveillance state, end the drug war, and even give the party less of a hardon for war in general. The Department of Education would probably be screwed, however.

And if the major parties needed the minority parties to form majorities and govern, that would also serve to keep their presidents honest as well. A Democratic chief executive would have a harder time making too many concessions to the Republicans if it meant his majority in Congress could be threatened by minor party defections.

Sadly, this is all very unlikely to change.

The real villain in our political duopoly is something called First Past the Post or Winner Take All, and it’s how we determine who wins elections. Put simply, the person who gets the most votes wins the election, regardless of how many people are running for the office. You might think that’s just the most democratic way to decide an election, but you would be very, very wrong.

The first bug that’s actually a feature of First Past the Post (FPTP) is the phenomenon of minority rule. Let’s say we start out with five viable parties. With FPTP, someone could easily win that election with 30% of the vote or less, meaning that an overwhelming majority of the electorate would have voted for someone else and would not be happy with the results.

As more elections happen, the party or parties that consistently finish last will grow tired of all the losing and their voters will gravitate to the more successful parties. This will continue, inexorably and inevitably, until the voters are left with only two parties.

When the voters realize that they don’t like this situation, it’s too late. FPTP is very efficient and ruthless in the way it mindlessly enforces two-party rule through what’s known as the Spoiler Effect.

Let’s imagine that, in some key state in the 2016 election, without Jill Stein in the race, Hillary Clinton had a 40,000-vote lead over Donald Trump. Give Stein just 1% of the vote, 50,000 votes, and that tips the state in Trump’s favor. So really, when Democrats said that a vote for Stein was a vote for Trump, they weren’t entirely wrong, not in Michigan, which is where I got the numbers in the above example. In each of the three states that decided the election, Michigan, Wisconsin, and Pennsylvania, Stein’s vote total was greater than the margin between Trump and Clinton. Give Stein’s votes to Clinton in those states and Clinton has 270 electoral votes. Of course, if Clinton had just hung on to all those voters who went for Obama four years earlier, this wouldn’t be an issue.

It’s also important to point out that the real culprit in the 2016 election was the Electoral College, which is the reason that a few thousand votes in three states effectively disenfranchised 2.8 million voters nationwide. In a direct popular election, neither Stein’s nor Johnson’s vote totals would be sufficient to affect the outcome.

But if the popular vote was close enough, a sufficiently robust minority party could tilt the result in the opposite direction. If in a hypothetical election the split between left and right was less than 1% in the left’s favor, a left-wing minority party taking only 3% of the vote could have the effect of helping the conservative party candidate.

This is the Spoiler Effect in action, where a strong showing by an insurgent party can have the effect of diluting support for their side of the aisle and handing an election to the opposition. This usually results in the establishment party blaming the insurgent party for losing the election, spooking voters away from supporting the insurgent party in subsequent elections, helping to cement two-party rule for the foreseeable future.

And the two-party system, which forces voters to make “lesser of two evils” calculations when going to the polls, makes it easier to group voters into predictable clusters, which makes deliberate gerrymandering possible.

There are ways to fix this problem and make third parties viable in the United States. All it would take is to change everything about the way we hold elections.

Everything you've heard about this movie is true. It's that good, but there's more to it than that.